Interlude: an interview with Rupert Smith

They say you cannot judge a book by its cover, but I must confess that it was the strikingly handsome chiselled profile of the chap gracing the cover of Rupert Smith’s INTERLUDE that initially made me hover over the shelf. 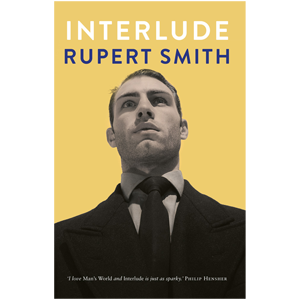 Thankfully, as I started to read the tale, it became apparent that the content was impeccable. I was entranced. You know it is the mark of a good book when you cancel social plans and get up half an hour earlier before work to read some more. I was a literary addict consumed and ravaged by my desire to just read on.

Edward Barton was one of the most successful novelists of the twentieth century. The critics didn’t like him, but readers loved him – and so did the film industry, turning out movie after movie based on his blockbusters. Then at the height of his fame, after the worldwide success of his best-selling novel Interlude, Edward retired from public life and never wrote another word.
It’s left to his granddaughter Helen, married with two young children, to untangle the web of fiction and lies surrounding Edward Barton’s legacy, and to reveal the secret at the heart of her family – a love story far stronger than anything in his novels.

ten minutes hate was beyond pleased when author Rupert Smith agreed to be interviewed.  He spoke about all things literary, seagulls and an open mic night for new talent.

10mh: Do you have any rituals or specific routines when writing or working on a script?

No, other than getting up and getting to my desk and working for as long as I can, fuelled by coffee and sandwiches. I don’t really buy into the fanciful idea that writing is some kind of magical process. It’s just a job. A writer I knew got quite misty-eyed about his fountain pen, which he thought was a conduit to the imaginative realm, or something like that. I just thought ‘please, get a laptop and join the real world’.

10mh: What qualities do you think make a fantastic story?

I have very traditional, perhaps conservative ideas about narrative. I believe in structure, and suspense, and giving the reader an enjoyable experience. You must have humour.  I like there to be an obvious point to the story – something that you can sum up in a sentence or less. If you can’t do that, then you don’t really know what your book is about. I often get criticised for having ‘unlikeable’ characters, which I think is just another way of saying flawed or realistic characters. I like protagonists to be interestingly flawed. It’s what interests me in people, and in fictional characters.

10mh: Who are the authors and artists you admire?

Far too many to list here. Off the top of my head, JB Priestley, Honore de Balzac, Agatha Christie, Somerset Maugham, Elizabeth Taylor, Evelyn Waugh, EF Benson, Jean Rhys. But there are thousands.

10mh: If you could be an animal, which one would you choose and why?

A seagull. I’d like to be able to fly, obviously, and I like the beach. Also, shitting on people from a great height would be fun.

10mh: INTERLUDE references the power of cinema, what films do you go back to again and again?

I love black and white Hollywood stuff like Now, Voyager, The Lady Eve, Some Like It Hot and so on. And I love really schlocky horror movies – Poltergeist, Lifeforce, Species, Bram Stoker’s Dracula, The Faculty. Apart from that, I’ll watch just about anything with a handsome leading man, as long as it’s not too violent. Netflix is great for that kind of thing.

10mh: INTERLUDE has had a fantastic critical response and I finished reading it 16 days into January, thinking, ‘I have found my book of the year.’ What future projects do you hope to develop?

Thank you, I really appreciate that. The critical response has been great, although it’s really hard these days to get any coverage in the press. I’ve got a couple of projects on the go at the moment. Under my other writing name, James Lear, I’ve got a new erotic thriller coming out in the summer called Straight Up, it’s kind of like Lee Child but with hot gay sex. I’ve got a novel and a non-fiction memoir both doing the rounds but it’s one of my rules that I never talk about projects until the ink’s dry on the contract, so you’ll have to wait and see about that.

10mh: What advice would you give to new creative writers?

I’m the last person to ask for advice. My ‘career’ has lurched from one disaster to another, occasionally squeezing out some good books along the way. The only serious piece of advice I have is ‘marry well’. If I didn’t have a husband who earns a proper salary, I’d be in the gutter. But if you want literary advice, it’s this. Books are for readers, NOT for writers. You should always focus on giving the reader a great experience, not on some bollocks that your creative writing tutor told you.

And finally, if you want to read some of your work to an audience, come along to my monthly event Books in the Attic at Hackney Picturehouse in London, we have open mic slots. 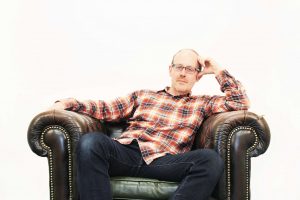 The words of the prophets are written on the (Subway) walls

Excellent and informative interview. “Interlude” was my book of the year last year…