Top Posts
20 books of summer ’20 is here!
10 short books to read on lockdown
10 long books to read on lockdown
My Mummy is a Monster! An interview with...
The Crow Road: Iain Banks
In the Mountains: Elizabeth von Arnim
Child of Fortune: Yuko Tsushima
The Penguin Book of Japanese Short Stories
The #TBR20 Challenge for 2020
Rage: Richard Bachman
Home Japan Tendenko: Surviving the Tsunami
Japan

From filmmakers Donald Harding and Ben Harding, made for the Al Jazeera English website, comes this documentary looking at how the tsunami affected the town of Kamaishi in Iwate in Northern Japan.

The town teaches its school-children the doctrine of ‘tendenko’, that it is more important to save yourself than to worry about others or to try to reach family members in different locations. Instead they are told not to wait for instructions from teachers but to go to the nearest high point as quickly as they can. The filmmakers note that giving priority to self-preservation and individual action is not common in Japan, however the practice is credited with saving many lives.

The film is a remarkable portrait of what happened to one family in the town and is really worth watching to hear their stories. Practising tendenko is not without controversy, namely what it actually requires to save yourself and leave others to fend for themselves as a disaster unfolds. The mother of the family, shown in the photograph above, had a particularly harrowing choice to make. This is discussed by commentators in the section below the video (but don’t read before you watch as it contains spoilers.) It is awful to contemplate having to make such terrible decisions.

Japan is probably one of the best prepared countries in the world for earthquakes, with regular drills in schools and offices – in the same manner that we practice fire drills back home – trying to ensure that people know what to do. Most people have a bag in their homes containing the essentials which can be quickly picked up if it is time to evacuate. There was about 30 minutes between the earthquake and tsunami on 11 March 2011, yet there are too many stories of people who didn’t evacuate, went back to the house to get things or travelled away from safety to reach home or loved ones and never made it.

What I take from the film is that while it is important for the authorities to do their part, to provide safe shelters, share information and encourage participation in drills, it is up to all of us to make sure we increase our chances of survival by preparing for as many eventualities as we can. Reason enough to watch this powerful and moving film.

Seeking for the words 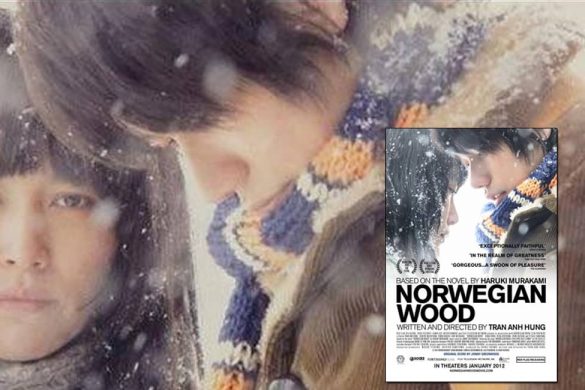 The Teas That Bind at The Cat’s Meow