The Sound Agents are artists specialising in oral history, funded by Heritage Lottery (HLF) to record the oral history of Liverpool Chinatown.

Liverpool Chinatown is home to the oldest Chinese community in Europe. It has the largest arch outside of China and is probably the smallest Chinatown in the world. The streets are steeped in history. People from all over the world stayed in boarding houses in Nelson Street on their way to America. Some stayed thinking they had arrived in America when they docked in Liverpool, making Chinatown a unique cosmopolitan area.

The Agents – John Campbell and Moira Kenny – have written a play based on the stories they have been recording about the Blue Funnel Sailors, the forced Chinese repatriation and the Liverpool Chinese children who featured in the film The Inn of the Sixth Happiness.

The piece of theatre is called ‘The Curious Disappearance of Mr Foo’ and will be at the Unity Theatre Liverpool on 21 June. (Starring Tina Malone and Simon Wan. Directed by The Sound Agents.)

Currently the creative collective are exhibiting photographs, audio and artefacts from the oral history in the Open Eye Gallery alongside Bert Hardy, Martin Parr and UK-based photographer Jamie Lau. The exhibition Ebb and Flow is a visual chronicle of Liverpool Chinatown, an audio-visual survey of the history and changes, from 17 May – 22 June. 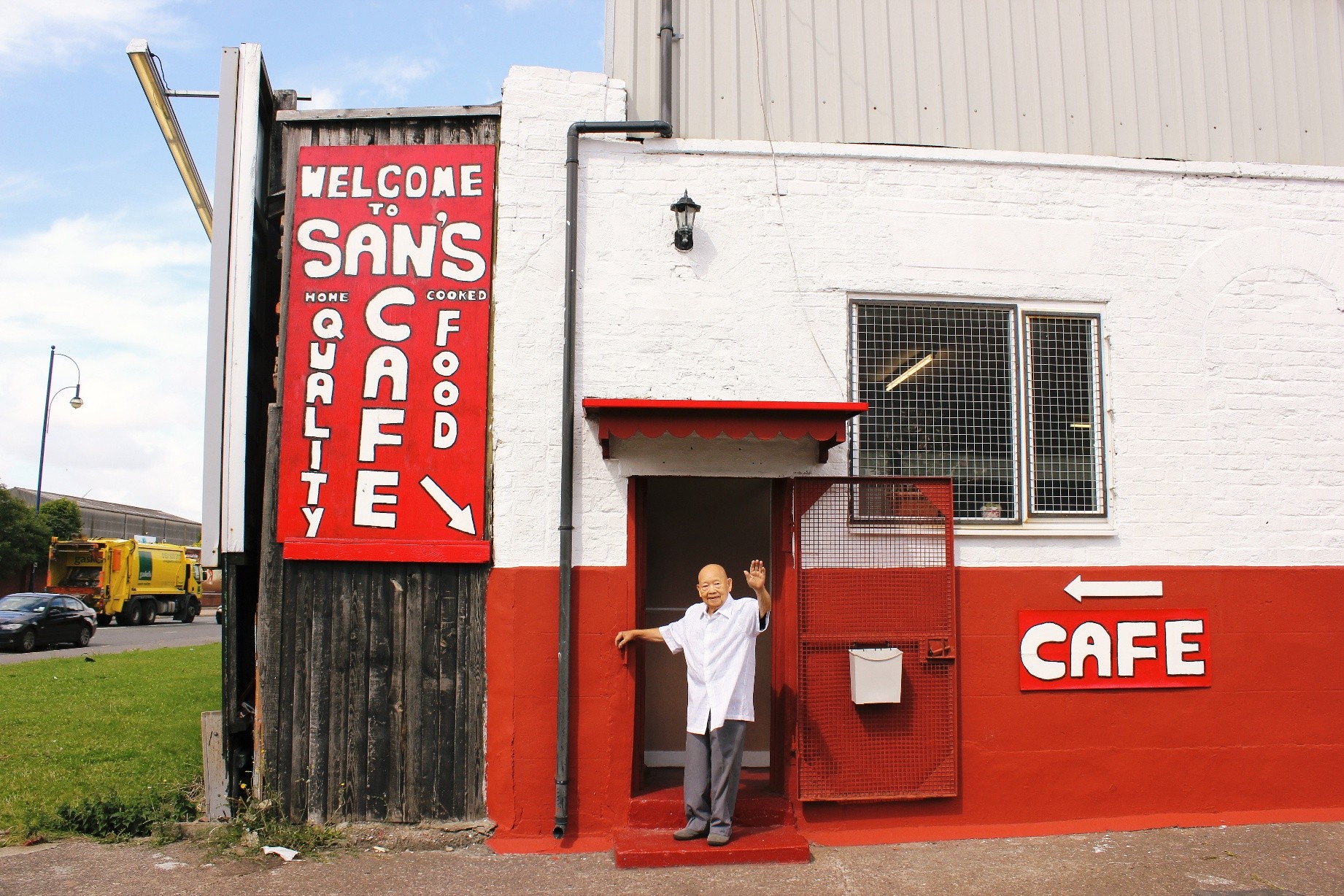 Working with Iliad and Liverpool City council they are also creating a photographic installation on three Georgian Terraces in Duke Street for the end of May. 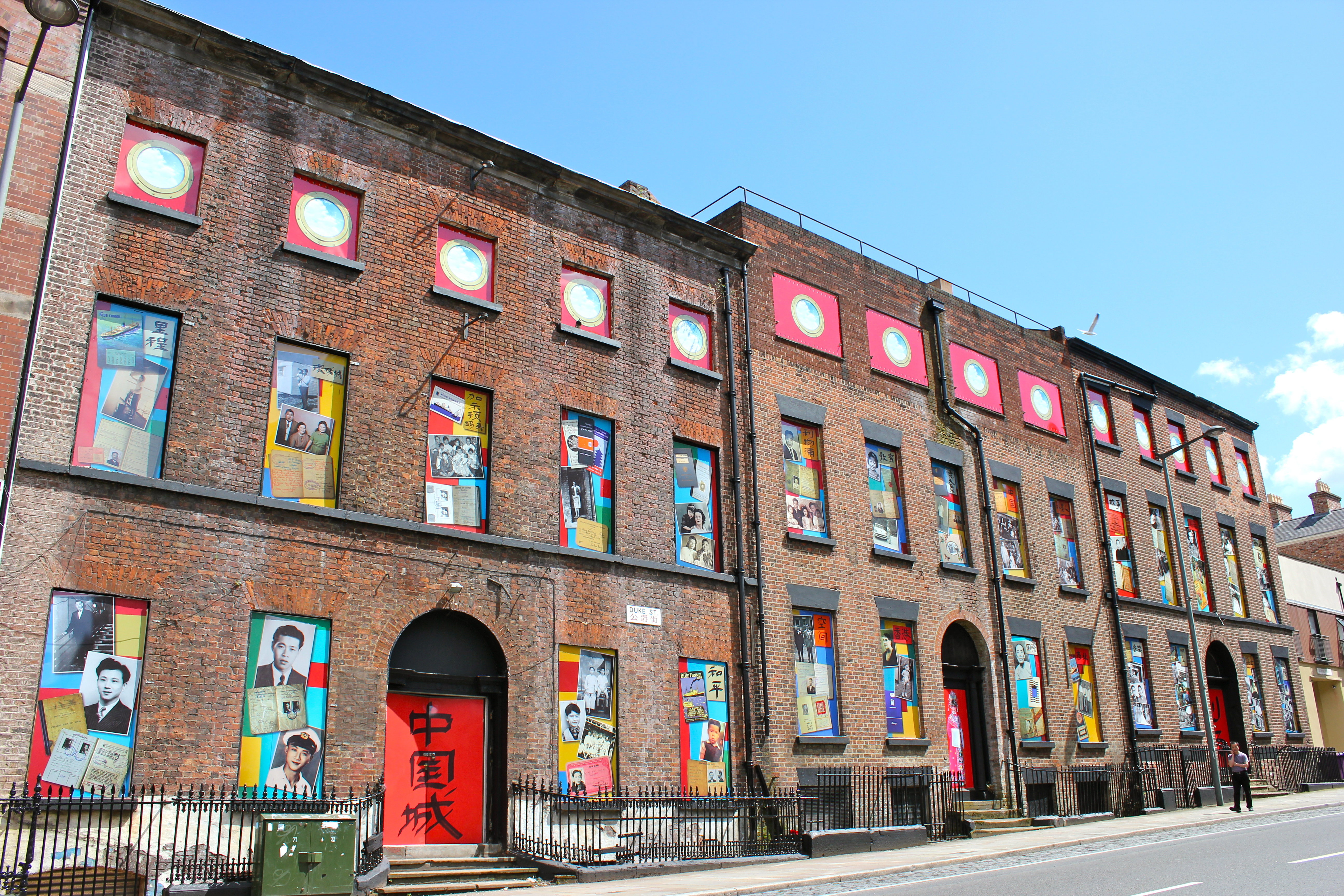 The terrace’s artwork is called ‘Opera for Chinatown.’ The Sound Agents’ overall aim is to set up a site-specific Chinatown Museum in Liverpool. They have a particular mantra,

We do not believe in failure.

When working in Chinatown the artists employ local people and are keen to provide opportunities and experience to showcase women in roles traditionally reserved for men – thereby promoting the proverb, ‘women hold up half the sky.’ 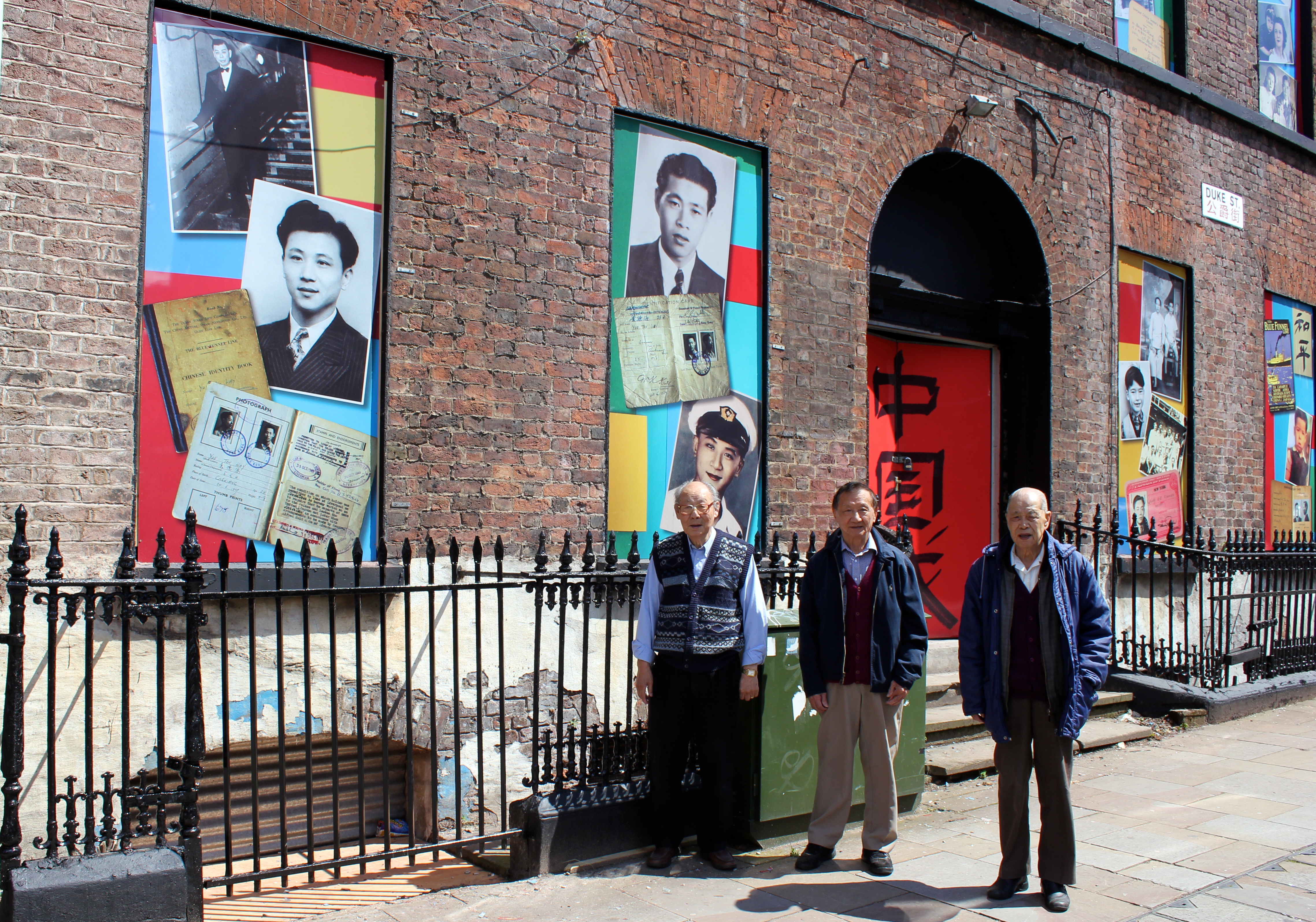 Their pictures appear on the building.

I asked the Agents, what is the most interesting Chinese phrase that you have picked up? To which they coyly replied,

Better not repeat it. We hang around with retired Chinese sailors.

All pictures by kind permission of the Sound Agents

Slave to her Rhythm