The architecture impressed even before I’d seen the artwork at the Group Show, part of this year’s Biennial, at the Old Blind School, 24 Hardman Street L1 9AX. I was intrigued to wander around the former Blind School, which was founded in 1791 by Edward Rushton and was the first school of its kind in the country.

I found dis-used rooms textured with peeling paint, rotted walls and cast iron fireplaces. Echoes of its former use as a Trades Union Centre in 1983 are illustrated in a mural on a dome ceiling. A Scouse Diego Rivera creation, perhaps? The building immediately charms in all of its sumptuous decay.

One of the walls is entirely taken over. Showing three miners in the atmospheric Quarry (1907) by Marc Bauer.You can practically taste the sooty atmosphere with the effective use of charcoal. 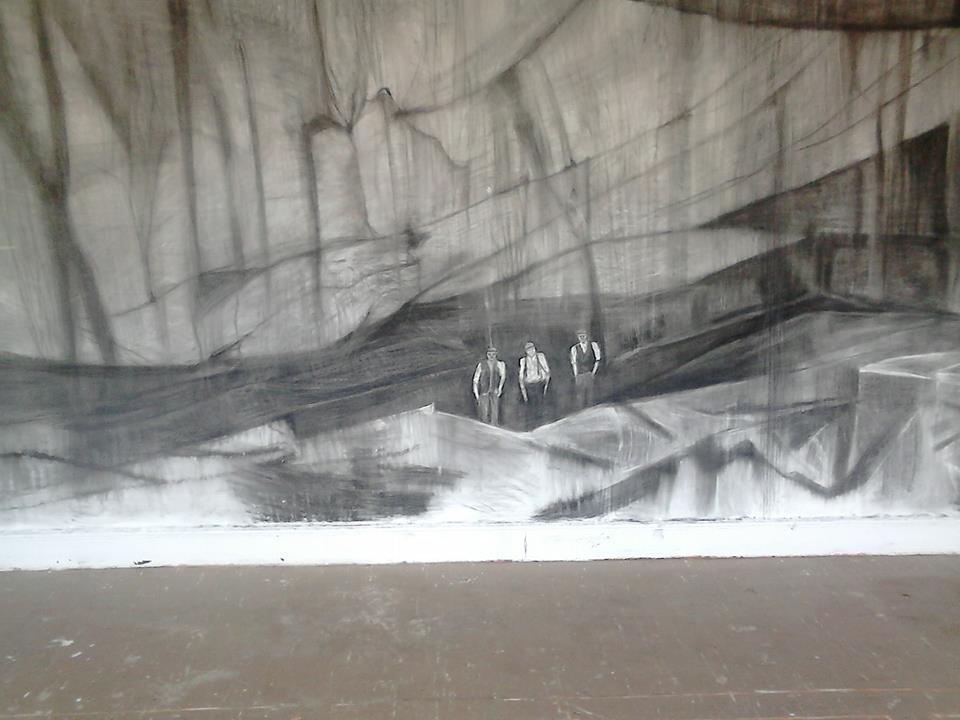 Bonnie Camplin’s pencil on paper – Sparkle – is an illustration you will not find in the windows of a Bond Street Jeweller’s. A vacuous face in amongst the items for sale, a metaphor for the shallowness of materialism.

Throughout the show basic mediums of pencil, charcoal and watercolours are displayed and this simple skills-based approach is effective. Peter Wächtler’s two paintings reminded me of work by Hogarth. One particularly looked like an updated version of a snapshot from Nan Goldin’s erotically charged body of work, The Ballad of Sexual Dependency. 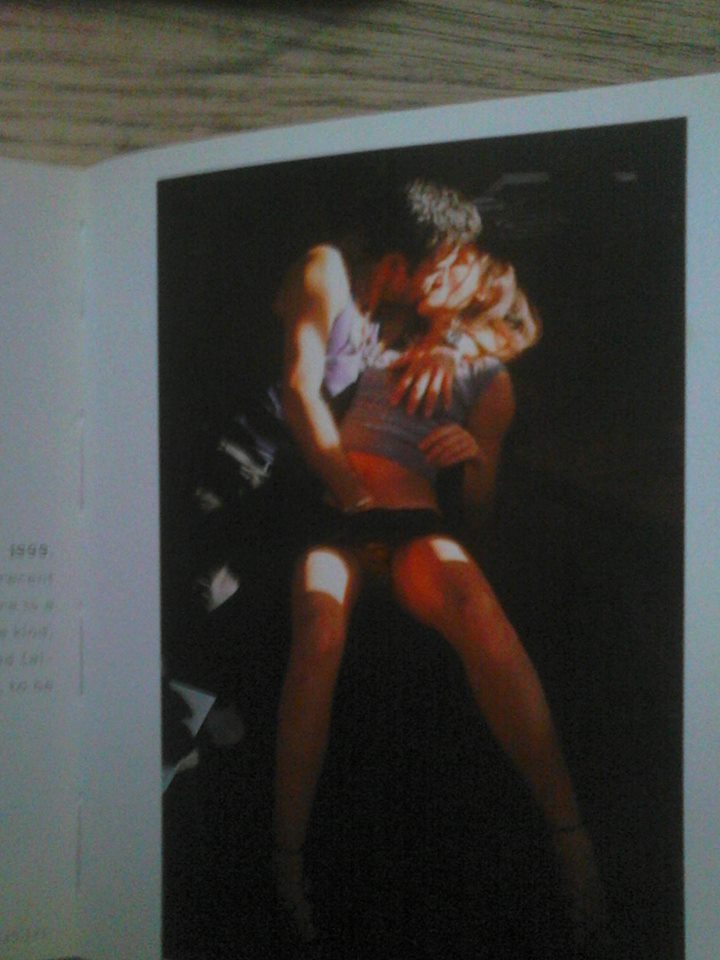 With all modern art, there are always bound to be pieces that suffer from what I call the emperor’s new clothes syndrome. All pomp and no substance! One such piece is by Norma Jeane (the artist was born the day Marilyn Monroe died and decided to label herself with the legend’s name). A simple ice machine is plonked in the middle of a room, powered by solar energy, with its door open. The ice is made and then spills out onto the floor to dissolve.

Transforming heat into cold, and liquid into solid. The machine keeps working relentlessly, even though its product continually melts away into the wet floor.

I found myself perplexed by this piece. Bamboozled, even! After reading the description, a little sarcastic Scouse internal voice, (like Margie Clarke’s) said to me, ‘No shit, Sherlock!’ One of the highlights of experiencing this ‘objet’ had to be seeing people trying to manoeuvre themselves around the wet floor, in case they accidentally walked onto the art. Taking a little droplet of a souvenir home with them. Art crime! You really could not make it up.

What is fantastic about this group show is to see a robust piece of architectural splendour, the building that is The Old Blind School, being totally re-energised with the lifeblood of new creatives. This aspect of the Biennial is marked by a building as impressive – part Berlin crack den, part faded decadence – as some of the content on display.

Next stop on the Biennial review will be The Bluecoat!

We don’t need to escalate

Did you care about Beirut as well?

Ageism in music: the last taboo?

Matt Damon and the importance of not being...

For Aylan Kurdi and all the nameless ones

Living in a viral world