I realised that although two other recent reviews – The Comrade from Milan and Second-Hand Time – mentioned Maria Stepanova’s family history, published by Fitzcarraldo Editions, I had not yet written my In Memory of Memory review, which needed to be addressed! This Women in Translation month is the perfect time to discover this book, as the English edition seems to have been a labour of love shared by Maria Stepanova and translator Sasha Dugdale, which readers in English are lucky to be able to enjoy.

When Aunt Galya, the family archivist, dies, it falls to her niece to begin sorting through everything she has accumulated over the years.

A few days later, when I sat down to sort through papers I noticed that in the piles of photographs and postcards there was hardly anything written. There were hoards of thermal vests and leggings; new and beautiful jackets and skirts, set aside for some great sallying-forth and so never worn and still smelling of Soviet emporia; an embroidered men’s shirt from before the war; and tiny ivory brooches, delicate and girlish: a rose, another rose, a crane with wings outstretched. These had belonged to Galya’s mother, my grandmother, and no one had worn them for at least forty years. All these objects were inextricably bound together, everything had its meaning only in the whole, in the accumulation, within the frame of a continuing life, and now it was all turning to dust before me.

There are papers, albums of photos and postcards, newspapers, notebooks and diaries which Maria Stepanova dives into, only to wonder at their slightly monotonous recording of her aunt’s movements. To be faced with grandparents and great-grandparents who had done their best to remain hidden from history, to keep their heads down and avoid attention – as a Jewish, bourgeois family with revolutionary members this was good instincts at work – makes life much more difficult for the family historian. Stepanova’s answer is to work with what she has, shaping it into a coherent story while interrogating events via other people’s memoirs and artworks, and meditating on the nature of memory itself.

And yet I am still smitten with the idea of blindly retrieving and reliving scraps from my life, or from a collective life, rescued from the shadows of the known and accepted histories. The first step of this salvaging is my habitual working process: notes on the back of an envelope, scrawls during a phone call, three words in a notebook, invisible library cards piling up in a hasty and unsystematic manner, never to be reread.

She looks at old photographs, some of people she knows, others she is left to wonder about. The journey to find out more begins with the town of Pochinky, once home to her great-grandmother, Sarra Ginzberg. One particular photograph has come to be known in the family as ‘Babushka on the Barricades,’ showing the young Sarra, future great-grandmother, to whom legends attach easily. She was part of the revolution in 1905, then in prison, then a medical student in Paris; friends with the Bolshevik revolutionary Yakov Sverlov and his sister, also called Sara. Another relative had long talked about visiting Pochinky, eventually Maria does, in search of elusive connections. She wonders if fragments can be built up into a full picture and creates segments called ‘Not a chapter’ with some of them, including letters home, official paperwork, love letters, or one between daughter-in-law and mother-in-law after a disagreement.

Stepanova’s journey takes her to Vienna, Berlin, London, Paris and Oxford, as well as different places in Russia. She carries a small figurine, now chipped, once used for packaging and similar to one Marina Tsvetaeva remembered placing on the Pushkin Memorial in Moscow. Pushkin’s family’s estate was not far from Pochinky. Connections again. She writes about artists, writers and poets like Charlotte Salomon, Rembrandt, Osip Mandelstam, Joseph Cornell, Francesca Woodman, Proust, Nabokov and Sebald, meditating on poetry, remembrance and memory, as well as what it meant to be Jewish in such times and places and how that could shift at any time. Antisemitism is a feature of many of the stories, whether from the state with the Doctor’s Plot, which put Sarra and her daughter in danger, or more personally via an insult in the street just after glasnost, or her great aunt writing to her grandfather after her grandmother’s death to say, ‘at last you can get married to a real Russian girl.’ She writes of the possibility of recreating a family’s history from what survived the 20th Century, and what it takes to document life when so much is being lost around you.

When writing about Charlotte Salomon’s work, ‘Life? Or Theatre? or her grandfather’s cousin Leonid’s letters from the Siege of Leningrad, she matches the dates to other recollections and memoirs. At certain times, her family’s stories come close to touching the actual ‘history’ of the period, as when great-grandmother Sarra’s Paris studies coincide with Lenin, Kafka, Anna Akhmatova and Modigliani’s time there. For those who come after, it is tempting to think that they could have all met, or walked past each other in the street, or sat in the same café.

Her father’s mother Betya kept fewer things, for reasons that become clear. This side of the family came from Odessa, its diverse population making it a city apart from the rest of Russia, but one that saw frequent pogroms. Betya’s father disappeared during the Nazi occupation and no trace of his fate can be found. But of her great-great-grandfather Gurevich, there is plenty of information. A factory owner, the paperwork of the businesses he owned survive in the archives. Her father’s father grew up in poverty and was the only person ‘for whom the revolution was like rain in July.’ He grew up in the same place where Anna Akhmatova’s son Lev was raised by his grandmother. Again, a connection.

In Memory of Memory is a wonderful blend of memoir, history, travelogue and essays, spanning five generations across the most turbulent years of the last two centuries, reflecting on what it is to be Russian, European and Jewish and contending with all that means for an outsider’s interpretations of you, as well as your own sense of self. The subtitle of In Memory of Memory is ‘A Romance,’ and it is true that the young Maria fell in love with these stories told by the characters she is related to, the beautiful photo albums and the notes, trinkets and mysteries they left behind. Sasha Dugdale worked extensively with Maria Stepanova on the translation and notes in her own afterword that they were able to create a ‘new poetic language’ together.

There is a beauty and a poetry to walking the same streets as your ancestors and wondering what they were thinking about and dreaming of in that moment, perhaps at the same age as you are now. I do the same almost every time I walk up Dale Street in Liverpool! Anyone who has ever wondered about the lost strands of family, or thought about compiling all the stories they heard as a child together in one volume will love Maria Stepanova’s efforts to bring people back into colour from the black and white photos and words that remain. Whether it is possible to do that is for the reader to discover, but it does emphasise the importance of sitting down with people while they are still here and sharing the memories together to hold onto after they are gone. 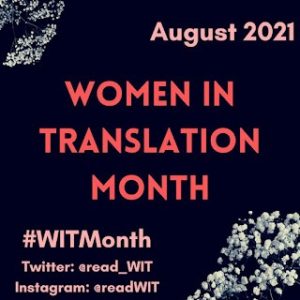 I Was a Teenage Christian: Church Youth Culture in Liverpool