A review of Long Live The Post Horn! by Vigdis Hjorth for #ReadIndies If you like the idea of regularly supporting one independent publisher and also of receiving more books than you might read in one month, the Verso Book Club is for you! Many of the selections are nonfiction, but Verso also publishes fiction – like The Weight of Things – and one novel that was included in my membership was Vigdis Hjorth’s Long Live the Post Horn! – originally written in Norwegian with translation by Charlotte Barslund. I began reading not knowing what to expect and ended compiling a list of who I was going to buy a copy for first, so you can probably guess that this review of Long Live The Post Horn! is going to be a glowing one. That said, I found some of the book quite tough to read at times, so perfectly does Hjorth capture a life that is, if not exactly going off the rails, one where everything feels more than slightly off. For PR consultant Ellinor, work is not going great, she has writer’s block every time she sits down to draft something and finding an old diary makes her feel ‘sickened.’ Her colleague Dag has quit, leaving her and her other colleague Rolf to manage his projects. The note Dag has left behind is cruel, referring to Ellinor as a ‘spineless bitch,’ and putting the boot in by saying that ‘everything she writes is shit.’ Outside work, Ellinor’s relationship with her boyfriend Stein is limping along as unconvincingly as her faked orgasms. She feels numb to Dag’s disappearance and can’t bring herself to talk about it with Stein. Connections seem difficult or disjointed, people are always out of reach. She misreads signs from others’ actions and frequently misses things that have been said to her. More than once she talks of having dressed up to play a role. Her relationship with her mother troubles her. Her sister Margrete has had a miscarriage and Ellinor is so caught up in her own thoughts of not knowing what to say that she ends up saying nothing very comforting at all. She is fearful of others, whether crowds in the subway, or those closer to her, who she worries can read her thoughts and pick up on how out of step she is.

Where are the others, I thought. If it’s true, as it’s claimed, that other people really exist. I’m swimming underwater, I thought. They scream and shout and carry on on TV, but what for? Anyone can work out that life is ultimately a losing game.

Dag’s big project seems similarly hopeless, an attempt by the post union Postkom to fight the implementation of an EU directive which will open up the service to competition, affecting jobs and the less profitable routes essential to the functioning of the remote areas of Norway. Brought in by the union for their media savvy, Ellinor realises that her and Rolf’s expertise is not what the campaign needs at all. Unfortunately, she figures this out midway through delivering training to a group of union members, whose motivations are a mystery to the sleek PR professionals.

Come on, Ellinor, I told myself. Just do it! You’re not writing philosophy, just advertising copy! Follow the recipe! But I no longer wanted to do things by the book because all it generated was money, obviously, and people had to have it, I had to have it! I found myself simultaneously incapable of sticking to and straying from the beaten track because it’s when you let go of it that things get complicated.

She has the union members draft letters to the newspapers and although at first dismissing them as unusable, reading them opens her up to insights she thought she had lost. As she becomes more caught up in the work to oppose the directive, it gives her a purpose and a common goal that her life has been lacking. It is when she begins to write – either by sending herself a postcard, or writing about the emotions around writing, delivering and receiving letters – that she manages to unblock herself. That feeling of connection flows into her other relationships and she begins to find ways to take her place in the world.

The book reminded me of Sartre’s Nausea at times, especially when Ellinor spins out in the park and brings herself round by looking at a dandelion, which put me in mind of Antoine and the chestnut tree, but also as she tries to answer the essential existential question of WHY ARE YOU HERE? and to step away from her carefully crafted PR statements to find:

A language that didn’t seek to spin or obfuscate, but to open and elevate, a language that had helped me to greater clarity, which had pulled me from the mire. And that language had to be preserved and protected because without it no one would survive…

The politicking becomes quite involved once the party conference at which the postal resolution is to be passed begins, but in the middle of all the scheming, you will find yourself rooting for Ellinor and Rolf. You will become very invested in the workings of the Norwegian postal service and should perhaps consider translating that to similar campaigns closer to home! This book will make you feel that anything is possible. Long Live the Post Horn! ends as a positive, hopeful read and it could not be more timely as the pandemic has left communication feeling disjointed. Post office and communication workers should be heroes to us all after this pandemic year, having helped to keep alive the tiny connections it has been possible to maintain. I vowed to write and send more letters after reading this book – as we all should! 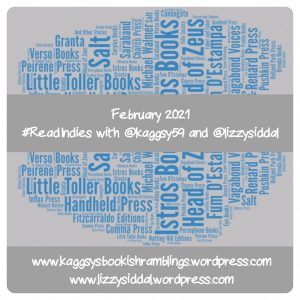 This review of Long Live the Post Horn! is my latest for the Reading Independent Publishers month challenge, hosted by Kaggsy and Lizzie. Does it sound like one you would like? What have you read for #ReadIndies this month?

You can purchase a copy of this book from an independent bookseller local to you via this affiliate link. I may earn a small commission if you do. Thanks!

Photo by Michal Dolnik on Unsplash