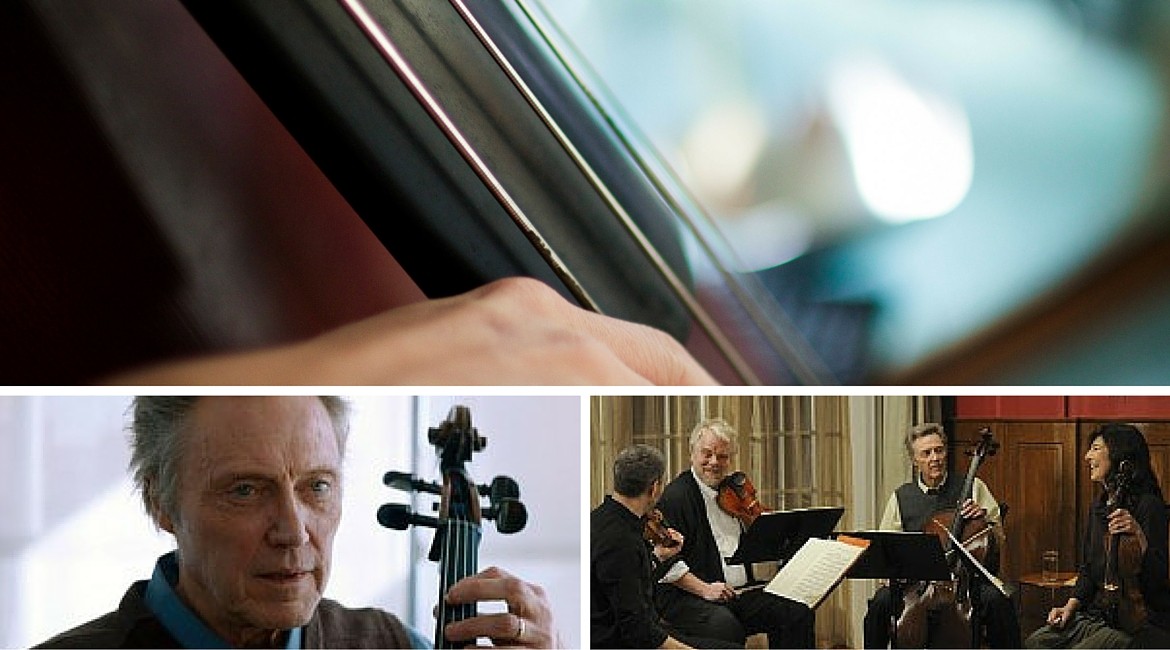 It is easy to feel adrift on a tide of mediocrity at times. Easy to heed the words of Oscar Wilde when he said, ‘everything popular is wrong,’ and feel that he had a little premonition of the reality shows, song and dance competitions and CGI mega-franchises we would be enduring. But then you happen across something so perfect for you and your tired sensibilities that you wonder what the heck the marketing department were thinking in not making the particular work obvious to you at the time it was released. Why on earth did you not know that this film existed until accidentally flicking on to it one grey afternoon almost three years after it was made? So you do a bit of internet digging and realise that there was quite the publicity round for A Late Quartet and you must have had your head in the sand to miss it. 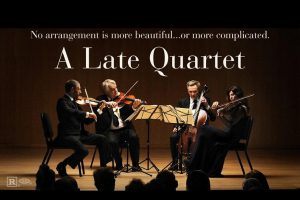 The quartet of the title comprises Christopher Walken, Catherine Keener, Mark Ivanir and Philip Seymour Hoffman as a world-renowned group marking their 25th anniversary with a performance of Beethoven’s Opus 131 String Quartet in C-sharp major. It is a famously difficult and complex piece of music, which makes great demands on the players. Preparations are interrupted as Walken’s character, a father figure to the others, announces he has been diagnosed with Parkinson’s Disease. This shock news brings professional rivalries long suppressed to the surface and, as the marriage of Keener and Hoffman’s characters begins to unravel, no member of this de facto family can remain untouched by the conflict.

A Late Quartet is unashamedly high-brow and I suspect will reward many further viewings. The act of playing this music is a physical and mental challenge closer to what we more commonly associate with Olympic competitors. The effects of such dedication to a craft on professional and personal relationships, on family life and on the body itself – especially as it begins to age – are considered to a depth that Hollywood is often considered incapable of reaching. The women could have been defined by their relationships to the men, with Keener in particular playing daughter, wife, mother and former lover, but she is also a committed professional woman and the one trusted to carry the quartet on.

Although A Late Quartet is rooted in music and the lives of musicians, there is a lot to compare with other creators, as the actors found.

I know some actors, they know how to have their life, they can compartmentalise it in a way. But me, things kind of go to pot while I’m doing a show… I think that’s also to me what the film was about. Again, it takes something from you to give on that kind of level. To commit that much. What are you willing to risk? What kind of life are you willing to lead to have that? For any serious person doing this, I think that is a question you have to answer. Or at least know that it’s a question.

If those words are a punch to your gut, knowing of their speaker’s end, his performance here will leave you aching for the loss of him.

The lengths that the director, Yaron Zilberman, went to to have the performances look realistic are another act of dedication spurred by his love of music, and while professional musicians may not be totally convinced, with my admittedly amateur eyes it was possible to believe in the quartet’s abilities.

A Late Quartet is a beautiful film, moving around a snowy New York from rehearsal space to concert hall and auction house, with clever, well-conceived things to say about family and performance and living. The characters brought to life by an acting dream team, who are never less than a joy to watch. The effort spent in searching out work of this quality is rewarded by being able to spend time in the world it creates, the viewer leaves it reluctantly, but with plenty to think about.

As Walken’s character notes, when passing on advice he was given as a younger man to a group of music students:

I can be grateful, and so must you be… for even one singular phrase, one transcendent moment

Everybody’s looking for something