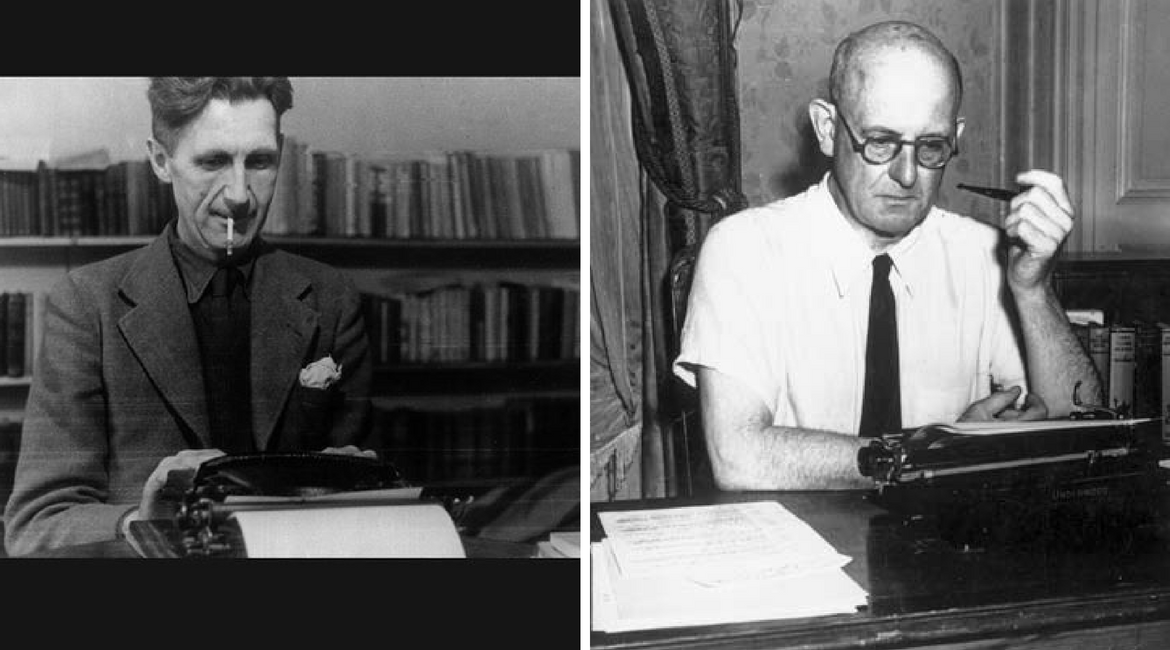 I have been reading the rather excellent ‘P. G. Wodehouse: A Life in Letters’, edited by Sophie Ratcliffe. It is full of gems, with sparkling slang – which has me resolved to address more people as ‘old cake’ this year – and crammed with indiscretions and revelations, just as any good biography should be. Despite some overlap in their ages and writing careers, two people who I wasn’t expecting to meet in these pages were Wodehouse and George Orwell.

Unlikely, perhaps, but here is Pelham Grenville’s take on one Eric Arthur Blair:

Orwell. I only met him once. We got on very well and corresponded fairly regularly, but he struck me as one of those warped birds who have never recovered from an unhappy childhood and a miserable school life. He took everything so damned seriously.

In many ways, P. G. Wodehouse and George Orwell shared an upbringing: parents in the colonies, boarding school, Kipling, determined writers from an early age. Yet these similarities produced such very different outlooks on the society they shared for a time.

But for all those differences, when ‘Plum’ was facing real hatred for his actions in making a series of radio broadcasts having been interned by the Nazis during the Second World War, it was Orwell who came to his defence with one of his masterful essays:

The release of Wodehouse was only a minor move, but it was not a bad sop to throw to the American isolationists. He was well known in the United States, and he was — or so the Germans calculated — popular with the Anglophobe public as a caricaturist who made fun of the silly-ass Englishman with his spats and his monocle. At the microphone he could be trusted to damage British prestige in one way or another, while his release would demonstrate that the Germans were good fellows and knew how to treat their enemies chivalrously. That presumably was the calculation, though the fact that Wodehouse was only broadcasting for about a week suggests that he did not come up to expectations.

I couldn’t imagine my bookshelves without Orwell, but I wouldn’t see them without Wodehouse either. Testament, perhaps, to the skill that they both employ, in the achievement of widely different aims.

They come over here, they buy our handbags