They still don’t get it

The first scalp of the new government was claimed by the media over the weekend and, surprising all those who were betting on Vince Cable being the first to walk, it was rising star David Laws who got the push.

Despite having enjoyed incredible success in his first career in the City, to the extent of having reached the dizzying heights of millionaire status by 28 – at an age where most of us are fretting over bar bills and student loan repayments – Mr Laws decided it would be a good idea to have the taxpayer pick up his rent tab to the tune of £40,000.  A slight problem being that he wasn’t actually paying rent to a commercial landlord, but instead handed over the readies to his partner.

Commentary has been overwhelmingly gushing about the loss of his talents to the nation, and it is almost possible to believe from reading  Matthew Parris and Tony Grew amongst others, that there is a special torture about all this for a gay man – as if having one’s sex life plastered all over the papers and therefore having your mum know all about it would be a walk in the park for most heterosexuals.  I disagree, because tempting though it is for some to paint it that way, David Laws’ sexuality is not the issue here.

The point being spectacularly missed is that no one really gives a rats ass who Laws is or isn’t sleeping with, with or without the permission of his sweet old mother.  He could have said to the expenses board, ‘do you know, I’ve got simply oodles of money of my own, I really don’t need to claim any additional support, I’ll leave that bit of the form blank, ok?’ and he would have lived to fight another day.  Without the expenses claim, who could really had any appetite for outing him?  The story would have rightly died a death as the majority of people wouldn’t have cared a fig  BECAUSE THIS ISN’T THE 1950s and WE AREN’T IN ALABAMA.

However, attempts to equate his ‘heartbreak’ with those of people who really did suffer, during the dark days of the past when falling in love with the wrong person would put you outside the law, are fatuous and insulting.  Britain is not a country where a Cabinet Member could be forced to resign for being gay but it damn well is and should remain one where a millionaire with his hand in the till does the perp walk.  How many ‘benefit cheats’ get given the opportunity to quietly pay back the money with no further questions asked?  Did the millions of families who were overpaid tax credits get dealt with in such a caring manner?

If Mr Laws was the non-millionaire salesman for any UK company and he had over-claimed on his expenses to the tune of forty grand, the police and HMRC would now be involved.  He would be on the wrong end of a dismissal for gross misconduct with the likelihood that status brings of never working again.  He wouldn’t have sympathetic noises being made from all corners of the British media about what a lovely guy he is, what a crying shame the situation is and how he could be back in the Cabinet by Christmas.

The truth is, as we must all be facing up to now, that things that the ordinary people of the UK like to hold close to their hearts such as old age pensions, hospitals and pre-school nurseries are rapidly becoming luxuries we can’t afford because we bet the farm on supporting our ‘ailing’ (ha!) financial services sector.  We need a political class that understands that the coming cuts must protect the weakest while doing the necessary rebalancing of the books.  It is a delicate line to tread and we must have the utmost faith in those doing the tightrope walk.

Do I want to see talented people hounded out of politics?  No.  Do I want anyone who kisses a boy or girl they like living in fear of it ending up splashed across the papers?  No, of course not.  But do I want our MPs to wake up to the fact that, just as if they worked in any other organisation in the country, their expenses claims must be legitimate, proportionate and fully justifiable?

It would be a nice place to start. 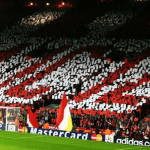 In Memoria e Amicizia, In the crowd: Laurent Mauvignier

Is a New Year’s resolution really the solution?

All The Year Round

My, my, you have been busy…

Riot of my own